It’s mind-blowing to think about how easily a corporation that presumably spends a colossal amount of money and energy on its image and marketing can provoke its own implosion in a few misjudged moments.

The story of how United Airlines got security to beat up and drag a 69-year-old passenger off a flight so they could use his seat to transport their own staff has been round the moon and back. Dr Dao was left bloodied, with two broken front teeth, a broken nose and a concussion, not to speak of the trauma he went through.

Not happy with its “United breaks guitars” reputation, earned in 2008 after the airline failed to make up for breaking a passenger’s guitar that was seen tossed around on the runway, and having failed to learn their lesson, United now breaks United. And this time they have gone for maximum damage.

Involving security was already a terrible judgement call, when United Airlines could have just kept on sweetening their compensation offer until they had the four volunteers they needed to disembark. A few dollars would have prevented the whole mess in the first place.

But that was not enough and the initial screw-up was blown up by a complete mishandling of the inevitable social media firestorm that broke out once the video of the incident was released.

While comedians were having a field day and Twitter was aflame with rage and slogan contests, United Airlines’ CEO Oscar Munoz flipped and flopped about, offering an initial weak apology while privately telling staff the passenger was to blame for being “disruptive and belligerent”.

In the meantime, parodies and outrage kept popping up everywhere. We did our own bit of news jacking by filming a little video with our friends at Pearly Grey that got over 35K views in no time. And yet, only after the United's market cap on the stock exchange dropped by $1.4 billion, did CEO Munoz make an attempt at a proper apology when he said,“No one should ever be mistreated this way.”

Too late and too cynical.

As it turns out it would have been cheaper to charter a private jet for Dr Dao than deal with the fallout and, in the middle of all the scorn and ridicule still raining down on United Airlines, there is a lesson to be learned.

Until last week, Oscar Munoz was considered an exemplary CEO who was recently nominated "communicator of the year", and yet he messed up big and there have been calls and petitions for his resignation. As Fortune Magazine points out, "responding to social media outrage is not something they teach at business school."

But of course, that does not excuse business people from taking charge of their own careers and seeking out the necessary skills to effectively deal with such incidents when they happen, or even prevent them in the first place. One of our goals at hotelcommunitymanager.com is to help you fill in those vital gaps in knowledge and understanding of the evolving digital landscape and prevent incidents like this from happening.

As we always say: stay training! 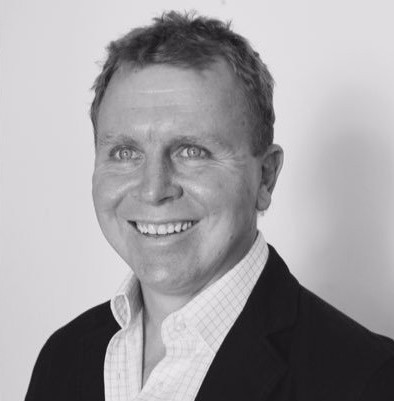 Hi there! I'm John Dale Beckley and I'm here to share my latest hotel marketing tips and strategies with you. Let's help your hotel thrive and attract more new and repeat business in this crazy and changing digital marketing world.

I've got 15+ years of experience doing online marketing and social media for the tourism and hospitality industries, and I still put lots of time every day into learning on the cutting edge of hotel marketing. I'm doing the spadework so you don't have to.

Keeping up with the times is tough when you're starting out and social media seems to be evolving faster than you can learn. I've been there, just like you. That's why I'm inviting you to this new community of hotel marketers, to help you succeed greatly as a hotel community manager and make your life as easy as possible.